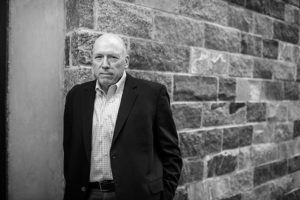 Roger joined Michigan Photography as its director in 2013 coming from the world of automotive journalism, although his heart has been in photography since getting his first camera as a high school graduation present. He’s edited a daily newspaper and a weekly national automotive enthusiast magazine and also worked as a newspaper, wire service and magazine photographer with assignments taking him from Europe to Africa and Asia and nearly all points in between.

His photographs have been published in newspapers and magazines around the world. He’s just as adept sorting out a car on a race track as he his photographing one…in fact, he authored a book, Postcards from Detroit, Remembering Formula One in the Motor City, about the grand prix races in downtown Detroit during the 1980s. A graduate of Central Michigan University, Roger was inducted into CMU’s Journalism Hall of Fame in 2012 and counts among his greatest professional accomplishments the mentoring of many young newspaper reporters and photographers who have gone on to successful careers. Roger and his wife Lisa, parents to two adult daughters, reside in Tecumseh where he serves as a member of the local school board.